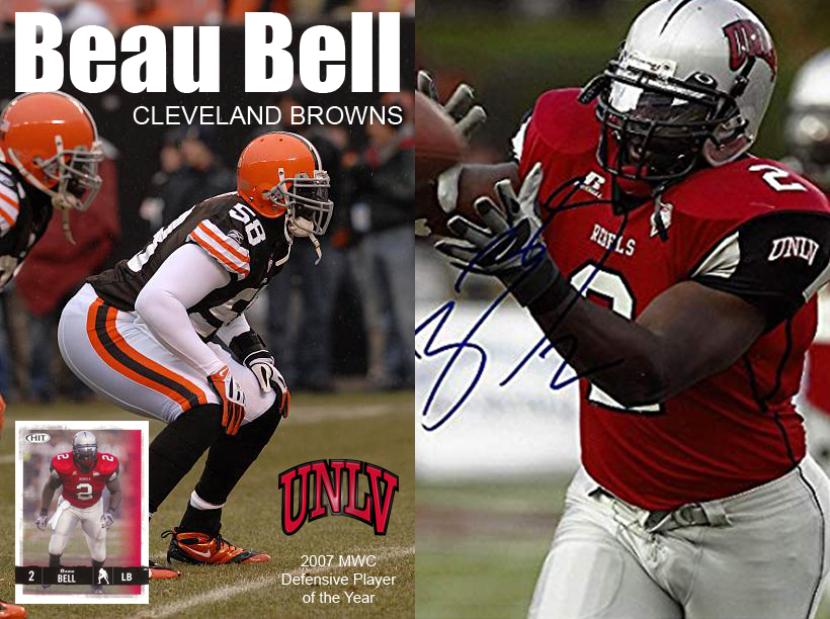 Beau Bell was a star linebacker at UNLV and was the Mountain West Defensive Player of the Year in 2007, leading the conference with 126 tackles and five forced fumbles. Bell also tallied 9 1/2 tackles for loss, including three sacks, and four interceptions.

Bell was drafted by the Cleveland Browns in the fourth round (104th overall) of the 2008 NFL Draft.